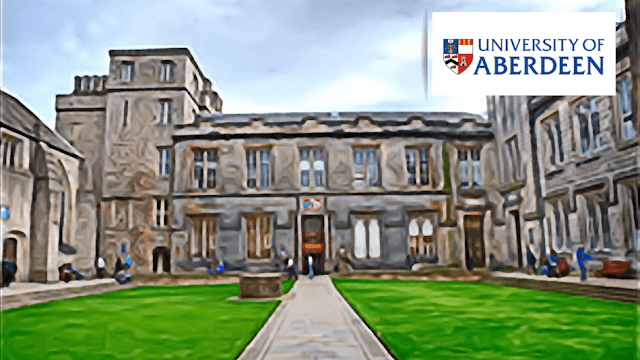 Theme: Sovereignty and the StateUniversity: University of AberdeenNumber of Positions : 6Starting from: September 2019

The University of Aberdeen, in collaboration with the Horizon 2020 Marie Skłodowska-Curie programme, is delighted to offer 6 Early Stage Researcher (PhD) positions, lasting 3 years starting in September 2019, for ground-breaking research on how political concepts, such as nation, citizenship, civil society and rule of law, are used in the world.
ESRs will complete a PhD with an inter-disciplinary supervisory team and benefit from a world-class training programme, including placements with one or more of our 23 international partners.  They will also actively participate in the activities of the Centre for Citizenship, Civil Society and the Rule of Law (CISRUL).
Applicants are invited from across the social sciences and humanities, including anthropology, cultural and literary studies, education, history, legal theory and socio-legal studies, philosophy, politics, religious studies, sociology, and theology.
ESRs will be employed by the University on a salary of £26,489.40 per annum, and will be eligible for a range of additional benefits including ample travel and research funding.

It could be argued that the concept of the political does not necessarily presuppose that of the state, today, the primary form of political organisation is the state and sovereignty is a defining feature thereof. States claim the highest authority over a certain territory and require others not to interfere with the exercise of this authority. However, sovereignty is a multi-faceted political concept. A state might be sovereign in one sense and might lack sovereignty in another. In addition, some of these ideas refer to legally defined authority while others refer to de facto power or control; some uses of the term focus on the domestic, while others focus on international politics. In an increasingly globalised world, where political actors constantly make claims about the erosion of sovereignty, it is crucially important to understand in what sense and to what extent sovereignty is being eroded. PhDs might choose to develop a proposal that analyses the concept of sovereignty in a particular legal-doctrinal framework. Alternatively, they might choose to carry out more empirically oriented research on how the concept of sovereignty is used by certain political actors.
Other indicative topics listed in the Further Particulars are
These are indicative topics – applicants are free to propose their own projects on how political concepts are used in the world.

Candidates are required to meet the Marie Sklodowska-Curie Early Stage Researcher eligibility criteria. In particular, at the time of the appointment candidates must have had less than 4 years full-time equivalent research experience and must not have already obtained a PhD.
Additionally, they must not have resided in the UK for more than 12 months in the 3 years immediately before the appointment.
Any appointment will be offered a contract of employment that will be conditional upon satisfactory references, a 12 month probation period, the fulfilment of any conditions specified in the offer of a place on a PhD programme, and confirmation of the right to work in the UK and ability to secure a valid visa, if required, from UK Visas and Immigration.

Rising Star Fellowships 2020 for Early-Career Researchers in Freie Universität, Germany [Apply by 31 May]

Add
Enable Notifications.    Ok No thanks